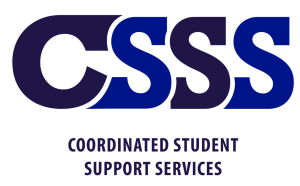 Help, My Child is Being Bullied Why it is Important:

For something to be considered bullying, it must fit the following criteria: It is unwanted, aggressive behavior that is intended to hurt someone physically, verbally, emotionally, or electronically. There is an imbalance of power due to social, physical, or emotional aspects. Bullying is repeated over time.

Individuals can take on different roles within the bullying continuum. These roles are not fixed. In reality, student’s roles often change and one student may engage in multiple roles.

Bullying is a behavior that can be changed. Helping students improve their behavior is critical in creating a safe school environment. Being proactive in reducing bullying behavior is important as it has negative outcomes for all individuals involved. Additionally, bullying is expensive, incurring cost from dropout, suicide, and litigation (Swearer et al., 2016)

Bullying is a mental health problem; there are psychological consequences for those who are involved.

Impact on bullying on specific populations (multicultural and sexual/gender consideration):

Bullying impacts all those who are involved, however, specific populations who are targets of bullying behavior tend to have more negative outcomes, and experience higher rates of bullying.

Visit for more information and for recommendations on how to help sexual/gender minority youth at school:

Bullying behavior can occur in a variety of platforms. Outside of school grounds, students can experience bullying from social media and gaming apps. Cyberbullying is an aggressive, intentional act carried out by a group or individual, using electronic forms of contact, repeatedly and over time against a victim who cannot easily defend themselves (Smith and Slonje, 2010). When students engage in cyberbullying behavior, they use electronic/digital tools to hurt others (by threatening, humiliating or embarrassing, ruining friendships or others’ reputation). Focusing on cyberbullying is important as the Norton Online Living report states that 76% of U.S. teens, ages 13-17, “constantly” or “frequently” visit social networking sites. The internet is a part of many students’ daily experiences, especially since the majority of students use online tools to perform academic tasks.